Some of Canada’s big brands have sold bottled water that smells like “urine,” tastes like “old socks” or reeks of “diarrhea,” according to four years’ worth of government inspection reports obtained by CBC News.

Dasani, owned by Coca-Cola; Real Canadian natural spring water, owned by Loblaws, one of Canada’s largest grocery-store chains; and Refreshe spring water, from the Safeway grocery chain, are just some of the brands whose water has been hit with complaints over foul smells, tastes or unusually high levels of sulphur, the reports said.

Other firms were found to be bottling water in “filthy conditions.” Toronto-area operator Canadian Shield Natural Spring Water was pumping water behind an amusement park with no safety testing facilities, bathroom or hand washing station for employees, one of the inspection reports found.

The firm couldn’t be reached for comment as the address listed for the company in inspection reports no longer houses a bottled water company.

The problems were documented in nearly 800 pages of Canadian Food Inspection Agency (CFIA) reports from 2014 until 2018, obtained under the Access to Information Act.

The inspection reports underscore sporadic problems at bottling facilities, including excess moisture trapped under the caps of bottles; complications related to factory air compressors; and conspicuous levels of sulphur.

However, the CFIA didn’t identify any structural health or safety problems in the industry and said the stinky water some consumers had complained about did not pose a danger.

“Yes, there were issues, but all of them were resolved,” said Elizabeth Griswold, executive director of the Canadian Bottled Water Association, who reviewed the CFIA inspection reports for CBC News.

“Health Canada and the CFIA do a great job ensuring bottled water sold is safe. And this report confirms it.”

Of the 24 complaints investigated by CFIA over four years, only two resulted in voluntary recalls related to health and safety issues, Griswold said. 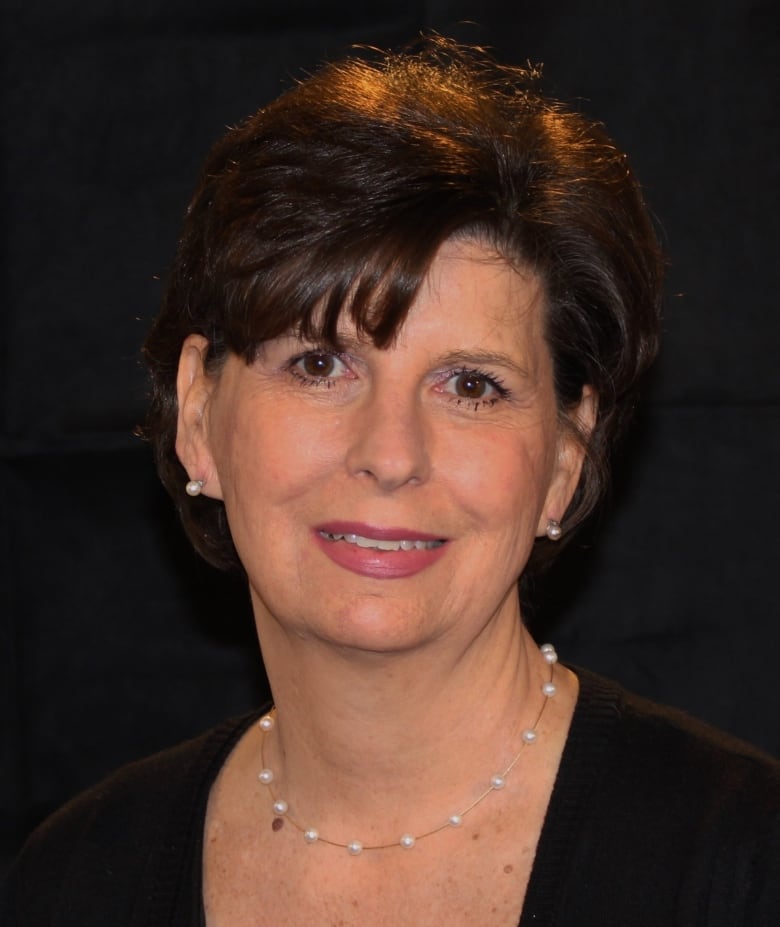 Elizabeth Griswold, executive director of the Canadian Bottled Water Association, says regulators do a good job in ensuring that bottled water is safe for consumers. (Submitted by Elizabeth Griswold)

One concerned Edmonton-based company All 4 Water and came after blue strands of plastic were found in four-litre jugs of Mountain Park water distributed to 17 locations in Alberta in 2016. The CFIA asked for maintenance records from the firm as the problem was linked to its bottle capping machine, but it did not alert the pubic about the voluntary recall.

The other recall involved Island Springs Water Company in Prince Edward Island after unacceptable levels of coliform bacteria were detected in its water in 2015, which was sold directly to consumers and not in retail outlets.

The unsold water from the contaminated batch of 100 bottles was dumped, but water already sold was not recalled. The firm pledged to improve its washing facilities.

The CFIA said it has not issued any mandatory recalls for bottled water since 2014 and that health and safety issues at water bottling companies aren’t common.

Sylvain Charlebois, a food policy professor at Dalhousie University, said there is “not much difference” between bottled water and tap water from a health and safety perspective.

“Most municipalities have very strong water systems … whether bottled water is superior is open for debate. It boils down to the assurance of the brand itself and what kind of assurance you need as a consumer.”

Large, popular brands, however, haven’t been immune to quality-control issues.

After receiving a complaint in 2015 from a consumer in Manitoba who purchased a bottle of Dasani water at a local supermarket that smelled like “old socks,” CFIA investigators opened five bottles that had come from the same factory in Brampton, Ont.

They agreed the water had an “off odour” that was “very strong.” 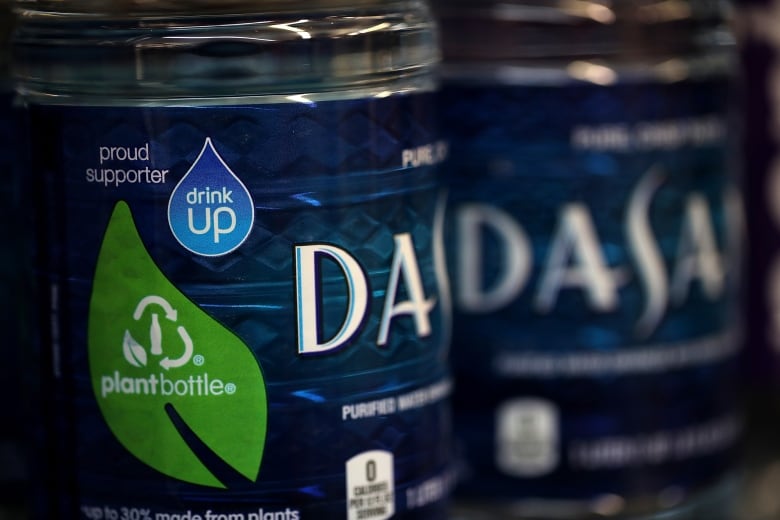 Dasani bottled water, owned by Coca-Cola, sits on a store shelf. The company was accused of selling water in Manitoba that tasted like ‘old socks,’ according to inspection reports from the CFIA obtained by CBC News. The firm says its products are safe, and the bad batch was an isolated occurrence. (Justin Sullivan/Getty Images)

In its correspondence with the CFIA, the company said it had received four complaints about “moldy/musty odour” in 500 ml Dasani water bottles from that factory over the previous six months.

“Canadians can be confident in the safety and quality of all Coca-Cola products, including Dasani water,” company spokesperson Shannon Denny said in written responses to questions about the smell.

“We concluded that the unusual odour was from additional moisture on the bottles from rinsing prior to being packaged into cases.… Incidents such as this one are isolated,” she said.

CFIA was satisfied appropriate action had been taken to fix the problem, Denny said.

In 2015, a customer went shopping for Real Canadian bottled water at a No Frills store in Vancouver.

“I bought a pack of 24 500 ml bottles. The water smells like poo,” the consumer wrote to the CFIA.

“I got it exchanged once. The second pack has the same problem. I wonder what kind of shitty bugs I have been consuming.”

Half a dozen similar complaints were found in the CFIA database about water sold by No Frills parent company Loblaw Companies Ltd. at various stores. Consumers reported that the Real Canadian water they had bought smelled like “garbage,” “diarrhea” and “toilet water.”

Those smells “are typically associated with spoilage microorganisms and are not considered [indicative of] pathogens of public health concern,” the CFIA said. 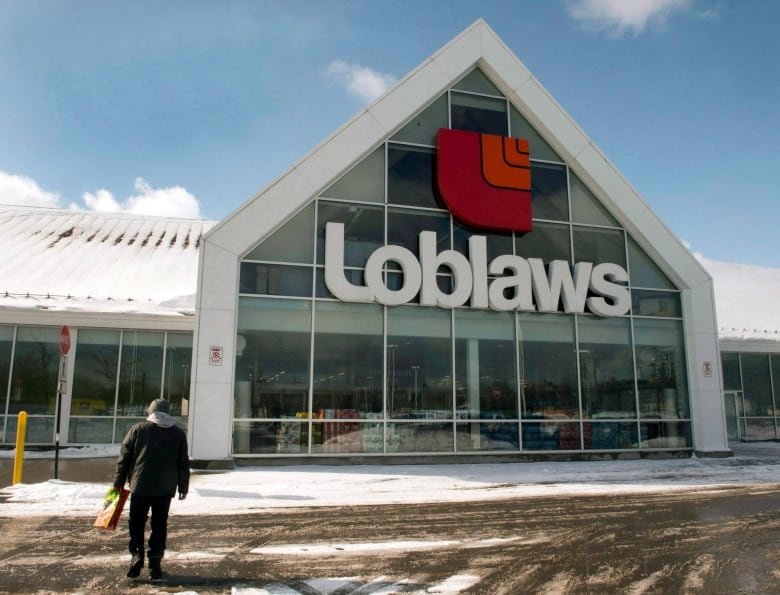 A Loblaws store is seen in 2015 in Montreal. That year, some water sold under the company’s Real Canadian brand ‘smelled like poo,’ according to one of the complaints investigated by the CFIA. The company says it identified the source of the problem in its manufacturing process and fixed the issue later that year. (Ryan Remiorz/Canadian Press)

The cause of smell in the bottles likely came from a compressed air filtering system in the facility that produced the water, according to CFIA files. The air tank was replaced with a new system later in 2015.

“Our vendor identified the source of the issue as part of the manufacturing process and immediately took action to resolve it,” Thomas said. “We have high standards for our products, as we know Canadians do.”

A person who purchased a case of Refreshe spring water at a Safeway in British Columbia in 2014 said it smelled like “urine” or “sulphur” and was subsequently offered a $50 certificate to the grocery store chain after making a complaint. The person contacted the CFIA.

Inspectors began looking into other bottles of water from the same production line and found a series of “off-odours,” including “egg-like,” “algae-like” “sulphur-like” and “fecal-like” smells. The same brand of water received complaints from consumers shopping at Loblaws and Canadian Tire, the CFIA said. 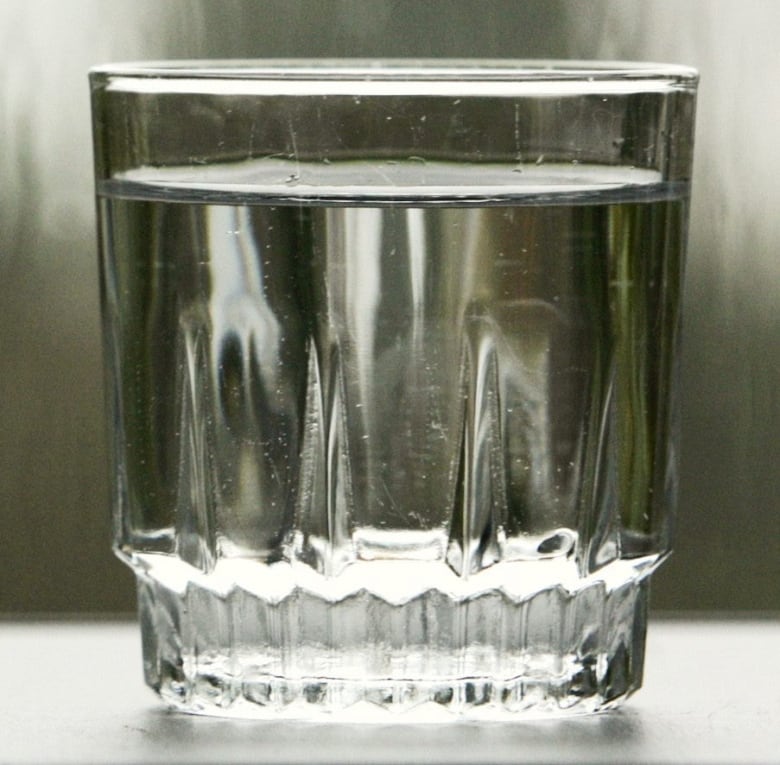 Samples were sent to experts at Guelph University, who concluded that the proportion of sulphur was unusually high.

When presented with the lab report, a spokesperson for the bottling company said: “To be honest with you, no idea why it is high. Concerning our source, nothing changed, and all the parameters are good.”

The company pledged to continue investigating and to change filters in its production facility and conduct other types of maintenance.

“Whenever we receive a product complaint, we immediately contact the supplier,” said Sobey’s spokesperson Jacquelin Weatherbee.

The company did that in December 2014.

“The CFIA would have then completed the investigation directly with the supplier,” she said.