If Jane Philpott doesn’t have confidence in Justin Trudeau, why should anyone else?: Robyn Urback

If your stomach can handle it, spend a few minutes listening to the interview Foreign Affairs Minister Chrystia Freeland gave to CBC’s Ottawa Morning last week, the day after Jody Wilson-Raybould testified before the House of Commons justice committee.

Wilson-Raybould, you’ll recall, spent the previous afternoon meticulously filleting the prime minister’s credibility on the SNC-Lavalin file, calling the pressure on her to seek a remediation agreement for the company in its criminal case “consistent and sustained.” Wilson-Raybould manoeuvred the knife like a Michelin-star chef, placing Justin Trudeau at the centre of the alleged influence campaign.

That’s why it was so off-putting to listen to Freeland, speaking to radio host Robyn Bresnahan the next morning, slobbering over the bones Wilson-Raybould had left behind when she exited the committee room last Wednesday.

That was despite what the former attorney general described in assiduous detail the day prior.

Freeland lauded the decision for Trudeau to waive solicitor-client privilege and cabinet confidentiality as an “exercise in democracy.” (Though it was only a partial waiver, which ostensibly should make it only a partial exercise in democracy.) And she dodged the question of whether she believed Wilson-Raybould’s testimony, saying: “I believe that she spoke — as she said she wanted to do — her truth.” 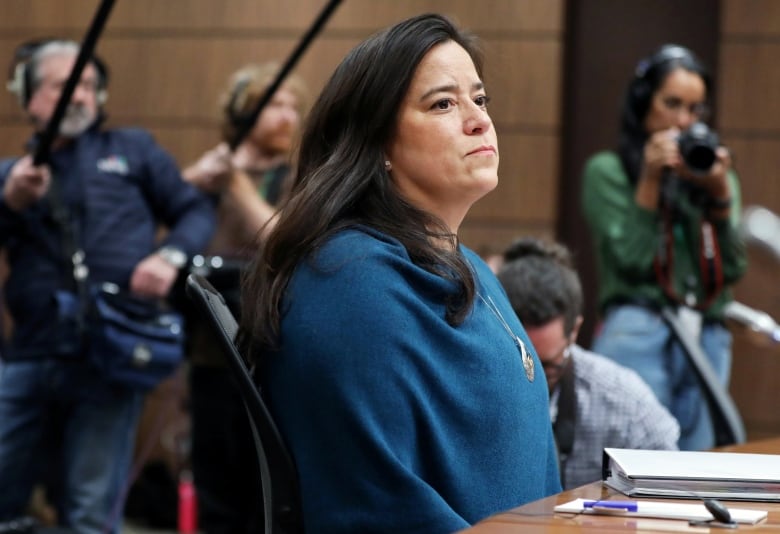 During nearly four hours of testimony last week, Wilson-Raybould said the pressure exerted on her in regards to SNC-Lavalin was ‘consistent and sustained.’ (Chris Wattie/Reuters)

You have to listen to interview to appreciate the full effect, but suffice to say, it was the sort of sycophantic performance characteristic of — and perfected in — the early days of #TeamTrudeau. Freeland didn’t just pledge her allegiance the prime minister (which, granted, you sort of have to do as a cabinet member), she actually extolled his handling of the affair — as if the conflicting messages, sloppy smear jobs and clumsy attempts at obfuscation never happened.

Freeland was gushing over a plate of bones, trying to convince us they still looked tasty.

Contrast that with the statement released by Philpott on Monday, when she announced her resignation as president of the Treasury Board and exit from cabinet.

Philpott said she had “lost confidence in how the government has dealt with this matter and in how it has responded to the issues raised.” Citing the need for cabinet solidarity, she said it would be “untenable” for her to continue to serve as a minister.

A million more Freeland-type ovations can’t undo what Philpott did in a few hundred words: she told the doe-eyed #TeamTrudeau hangers-on that their faith in this government is misplaced. And she said she would not be able to fulfil her duties as a minister if it meant publicly defending the government.

That’s a devastating message from her especially; Philpott is capable, venerable and widely respected both in and out of Liberal circles. She can’t be written off as a cabinet minister disgruntled about a demotion or an opposition leader out for blood. Philpott is a Liberal — a widely admired one — and she doesn’t have faith in the prime minister.

And if she doesn’t, as someone privy to the conversations around the cabinet table about this whole affair, why should anyone else? 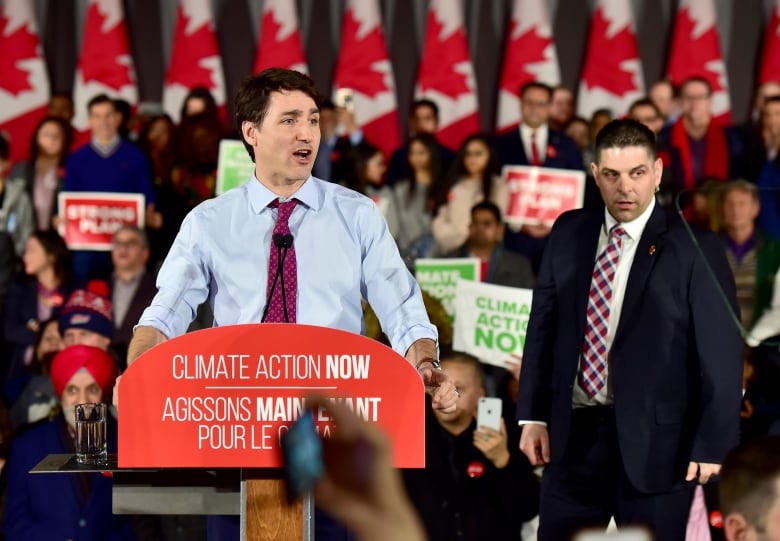 An RCMP officer walks onstage to keep an eye on a protester yelling from the crowd as Prime Minister Justin Trudeau speaks at a Liberal climate action rally in Toronto on Monday. (Frank Gunn/Canadian Press)

The panic alarms are no doubt going off in the Prime Minister’s Office and Liberal caucus right about now — and it shows.

Finance Minister Bill Morneau responded to Philpott’s resignation by implying that she resigned from cabinet because of some bizarre personal allegiance. “Jane Philpott is a close personal friend of Jody Wilson-Raybould,” Morneau said. “She took a decision, I respect her decision.” That is a more diplomatic way of saying: Women, eh? Always going to the bathroom and resigning cabinet together.

The Liberals can deflect opposition attacks, spin Jody Wilson-Raybould’s story and attempt to divert our attention literally to the moon all they want. But Philpott’s words ought to eclipse everything else.

When the message that this prime minister can’t be trusted comes directly from one of the most respected voices (formerly) around the cabinet table, you pay attention. And ignore the obsequious blather on the radio.