Born and raised in Calgary, Manjit Minhas went from studying Engineering at the University of Calgary to becoming the “beer baroness.” At just 19, she co-founded Minhas Breweries with her brother, Ravinder. The upstart company quickly grew to challenge the established big names in the beer business, becoming the first new company to successfully enter Canada’s brewing industry in decades. Now Minhas Breweries, Distilleries, and Wineries has over 90 brands of beers, spirits, liqueurs, and wines available in Canada, the U.S., and 15 other countries spanning Europe, Asia, and South America. Manjit is also an accomplished speaker, and co-author of the book Brewing Up a Damn Good Story. In 2015, the CBC gave her the opportunity to join the cast of Dragons’ Den, where she’s been advising – and investing in – would-be entrepreneurs ever since. She spoke with The Edge to share some of the knowledge she’s gained on her journey as a trailblazer, an entrepreneur, and a mom.

What was your journey like going from the University of Calgary to buying one of the oldest breweries in America with your brother?

Well, not a straight line, definitely. It didn’t happen from here to there. There were many years in between. We started in the spirits business in 1999 and we wanted to bring in high-quality spirits at an affordable everyday price, first to what was my parents’ liquor store – they had three stores in Calgary – and then after that to the masses, which was first Albertans, and then Canadians, and then Americans, very quickly.

Being born and raised in Calgary, my plan was to be an engineer and maybe have a side hustle that supplied great products to my parents’ stores and made money on the side. (It wouldn’t have been called a “side hustle” at the time, it would have just been a business back then.) Sales is really what drove demand for the products and [how] we really started to get on the map, not only with revenue but also getting noticed in the industry. We were actually making money when we got into the beer business in 2002, and so for the three years prior to that we were doing fine. [My brother and I] were still in university, and so once we got into that and the engineering seemed to be kind of falling by the wayside, that’s when things really started to develop for us for a variety of reasons. [There’s] just a lot more volume and fewer players in the beer market, so we started marketing and advertising, we started expanding. 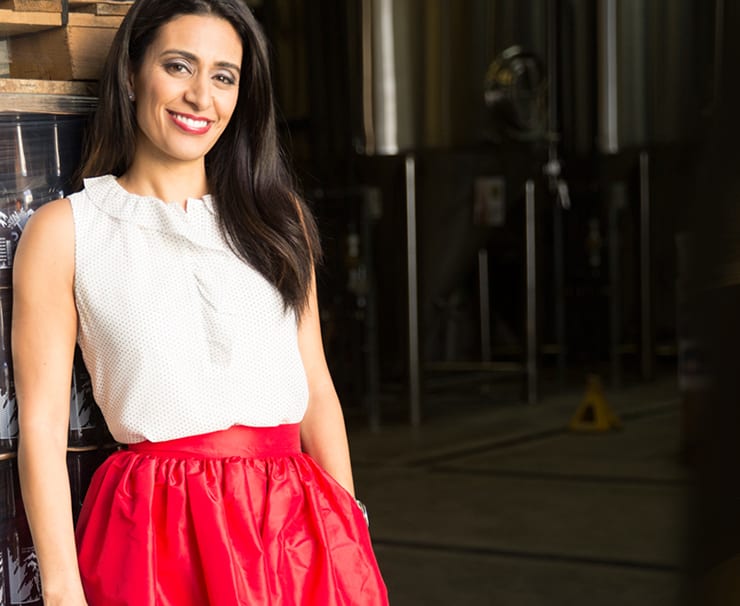 You’ve won awards and have been featured on lists like the Top 100 Women Entrepreneurs in Canada. How rewarding has it been for you to receive these kinds of honours, after all the work you’ve put into building Minhas Brewery?

It’s always humbling and exciting, to be honest, to win any type of award. Especially an entrepreneur award – they mean a lot, from women’s organizations and business communities, because they all have different meanings and it’s nice to be recognized.

It’s something most people don’t get to receive or achieve, so I value every award very highly, and I take time to be gracious and have gratitude for the individuals that are involved that nominate and choose me. I love being able to go out and enjoy the events associated with them and learn from other really great entrepreneurs and hear their stories and their journeys – and, in a lot of cases, make longtime friends because something people don’t realize is that being an entrepreneur is lonely. You’re dealing with your own business all the time – you’re the leader, you have to make the decisions, and a lot of the time you’re enclosed in your office. The rate of depression among entrepreneurs is skyrocketing because being an entrepreneur is solitary. When you’re working a 9-to-5 job, you’re in big groups and teams with lots of people, but for most entrepreneurs it’s very lonely. You’re usually travelling and making decisions by yourself, so it’s really nice for entrepreneurs to be able to get out and mingle, network, and have a good time socially.

Many say that being an entrepreneur is more than a full-time job, but you’re also a mother. How difficult is it for you to find the right balance between work and family?

What I believe is having no regrets, just understanding that I love what I do, and I think it makes me a better mom and wife being an entrepreneur, and being a mom and wife makes me a better entrepreneur. In order to be a great parent and spouse as well as a great entrepreneur you just have to live in the moment wherever you are and at the end of the day have no regrets. The way I do that is by having a great support team at home and at the office.

What was it like when you were offered the chance to join Dragons’ Den? 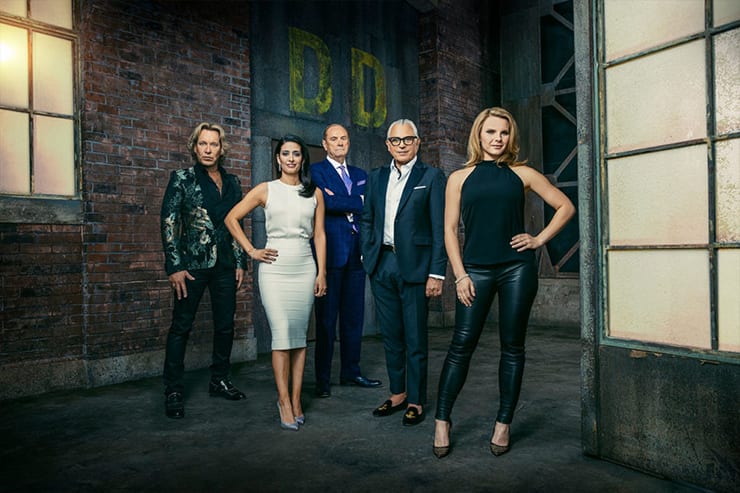 Oh, I was thrilled. I had been an avid viewer of the show and really thought it had done some great things for entrepreneurs. It’s great for viewers to understand business and to understand how to pitch and make sales, and it’s a great outlet for creativity. So yeah, I’m thrilled they called me to come down to do a screen test. I enjoyed it, and they liked me. It was a room full of other great, notable entrepreneurs and two weeks later we started filming. That was five years ago.

It’s been an amazing journey, I’ve met some amazing entrepreneurs, and I’ve invested in some amazing entrepreneurs – 31 to be exact – and it’s been not only financially successful and a great return, but also I’ve personally met some great Canadians and been involved in some really great industries and products that I otherwise never would’ve ventured into. It’s hard to believe that that much time has already passed; the old saying that time flies when you’re having fun is definitely true in this case.

What’s changed for you and Minhas Brewery since you’ve been on the show?

A lot. More concentration in the Canadian market; we were definitely growing and expanding a lot in other parts of the world, so definitely with the recognizability factor of our Boxer brands in the beer space and many others such as our Irish Cream liqueur, or our gin or whiskey brands that are available everywhere. There has been great recognition, and that’s been nice because it’s kept me closer to home and concentrating on the Canadian market for our own sales and opening the facilities in Canada to service those markets. It’s been great for Minhas breweries and distilleries to get that recognition, and for me it’s interesting to be noticed and recognized everywhere I go.