Tommy Hilfiger is not merely a globally recognized name brand – it’s synonymous with a clean, all-American look that epitomizes the fashion-forward lifestyle. But before the billions of dollars in sales, before the celebrity endorsements, and before 2,000 outlet stores worldwide, there was one humble decision that started it all, some 50 years ago.

Growing up in Elmira, in upstate New York, as the second of nine children, Tommy Hilfiger wanted badly to be a part of the rock n’ roll scene and sought to look the part. But little was available in terms of the cool, hip clothes the musicians of the day were sporting.

And so, as the now-famous true story goes, the young Hilfiger took matters into his own hands. In 1969, at age 18, he opened a clothing store called People’s Place with a $150 investment and merchandise brought back from a jaunt to New York City. He sold bell bottoms and other styles of the day that, at the time, had never seen the inside of a clothing store in that town. He refers to that endeavour as the foundation of his career, setting the stage for his passion for design.

Unfortunately, the store came and went, as did a bankruptcy by age 23, but Hilfiger soldiered on. He looks back on those days as a valuable lesson in bookkeeping, accounting, and managing finances.

Soon afterward, with much door-knocking, he managed to find contract work with two jean companies – one being Jordache, one of the more famous clothing brands of the 1980s. He was commissioned to design a new style of jeans, but neither company felt they wanted to expand, and Hilfiger was subsequently let go after six months. 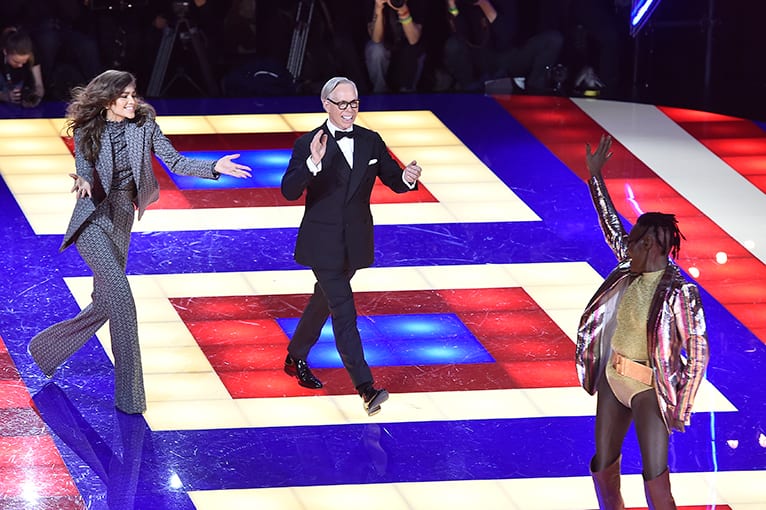 Undeterred – and despite never taking a design course in his life – Hilfiger launched his namesake label in Manhattan in 1985.
To announce his brand, Hilfiger bucked convention when he decided against the archetypal, near-generic fun-on-the-beach clothing advertisement. Instead, he greenlit his marketer’s genius idea to place a billboard in New York City, listing other famous designers’ names with blanks for some letters, like a game of hangman, and his own name at the bottom.

The simple, suggestive message was that there was a new player in town, someone who belonged in the same category as the great household names of the day. The brazen gamble worked: sales went through the roof.

Since that time, Hilfiger has sold it all: clothing for men, women, and children, a denim line, fragrances, homeware, shoes, accessories, and more.

In 1992, his brand became the first fashion company to be listed on the New York Stock Exchange. Also in the ‘90s, he was one of the first designers to blend fashion and celebrity. He collaborated with music legends like the Rolling Stones, Lenny Kravitz, David Bowie, Alicia Keys, and Beyoncé, in what are now considered to be iconic advertising campaigns.

In 1998, a relative informed Hilfiger about a teenage singer with her first record deal, advising him not to miss an opportunity. She was given a pair of Hilfiger jeans to wear in her first music video. That singer was Britney Spears. In recent years, stars like Diddy and Snoop Dogg have publicly worn Hilfiger apparel, thus boosting sales even more.

It goes a long way in explaining Hilfiger’s formula for commercial success, in his acronym of FAME – fashion, art, music, and entertainment.

“It has always been my vision to push boundaries, celebrate individuality and inspire our customers by being bold and breaking conventions,” he said in a recent interview.

“We are always focused on pop culture inspirations, launching exciting collaborations, driving innovation, and increasing digital investments across all areas of our brand and business.”

His latest line is geared towards those with special needs and the elderly. It comes at a time when there is a tremendous need in the market, too: statistics show that almost 60 million Americans live with a disability, and about 50 million are over age 65. 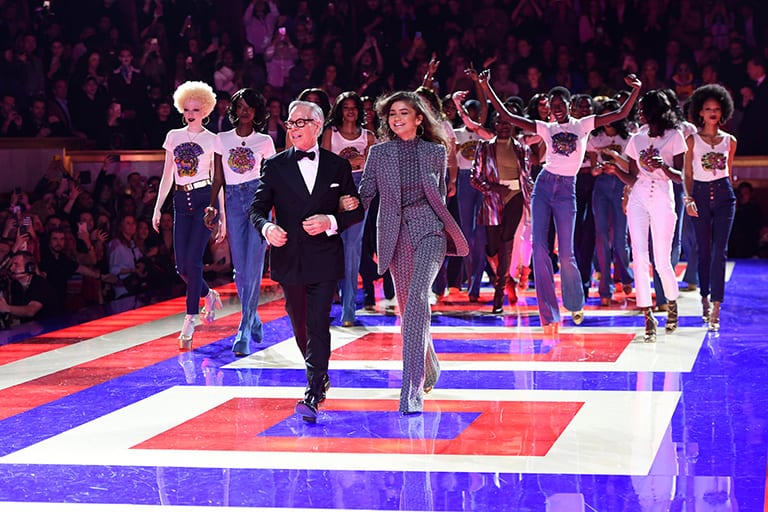 You’re a leader in your field. What’s lesson number one in leadership?
I think a good leader inspires people around him or her. I think they are aware of every aspect of what is going on. I think they can be motivators. And I think that if you motivate your team, in a very positive way, they will perform much better.

With decades of business and entrepreneurial experience, what would you tell the budding entrepreneur not to do?
I think they should never believe they can do it all on their own. Because if you understand what your weaknesses are, you may be able to find someone to plug that hole and assist you in doing whatever you are doing. Maybe they’ll stand in for something you’d never want to do or be an expert at.

How would you best describe the Tommy Hilfiger brand “wow” factor?
The wow factor: I would say, it is modern. Modern not just in design – because we always try to evolve the brand – more modern, more modern, more modern but also the way we do things is much more disruptive, and more modern than our competition. We are ahead of the game digitally and social media-wise. Because I really believe that brands can tend to age out, and I don’t want my brand to age out and become stale. I want it to be youthful, modern, fun, young, and surprising. I like to surprise people.

You’ve pioneered a line of adaptive clothing for the differently-abled. The new collection launched online lately, with 37 menswear pieces and 34 women’s wear pieces. What was the impetus for that?
A designer has never [before] designed clothes for people with special needs. And I thought I should be the first. I have children with autism. And I’ve watched them struggle getting ready for school or work because they can’t button buttons or zip zippers.

So, we have Velcro, we have magnets, we have openings for trousers and jeans for people with leg braces. People with disabilities want fashion, and fashionable clothing just like all of us, but it’s never been available to them. From a self-esteem standpoint, it’s great for young people who want to look like their peers but may not be able to dress like them because of their special needs. We did a children’s line, and it was so successful that now we’re doing adults.

Inclusivity and the democratization of fashion have always been at the core of my brand’s DNA. These collections continue to build on that vision, empowering differently-abled adults to express themselves through fashion.

Company of Women that’s made the most impact on the modern workplace.