As an entrepreneur, you might be looking to grow your business by investing in different sectors. It can be helpful to diversify your portfolio, but you should also be careful about where else you invest your money. Since legalization, Canada’s cannabis industry has garnered great interest from many investors. They range from the rich and famous to the everyday entrepreneur looking to build their business.

While some reports show that the pot market is underperforming in revenue, that hasn’t deterred others from putting their money into the biggest cannabis companies in Canada. Here’s a look at some of the celebrities and CEOs who have invested in the marijuana industry.

When it comes to pairings, marijuana and Martha Stewart isn’t the first thing that comes to mind. Even after her time in prison. But since marijuana is legal in Canada, the wellness guru and businesswoman is stepping into the cannabis game. Her form of TLC? It happens to be the cannabis strain, CBD (cannabidiol), a non-intoxicating compound. Stewart is partnering with Canopy Growth to develop her own CBD line of products which include things for the home, pets, food, and skin care. Cannabis is still illegal south of the border, but the U.S. legalized hemp cultivation late last year. CBD has a number of medical benefits, including pain, PTSD, anxiety, and seizures. Stewart also hasn’t ruled out writing a cannabis-infused recipe for a potential cookbook.

It came as no surprise to everyone when the famous rapper decided to get in on the billion-dollar industry, since he’s been a well-known user of marijuana for a long time. Like his Potluck Dinner Party co-host, Martha Stewart, the rapper invested in Ontario-based company, Canopy Growth, and started “Leafs by Snoop,” a Colorado-based line of goods. It’s not uncommon for celebrities to expand their reach and instead of just starring in commercials and selling products, they get to make their own. 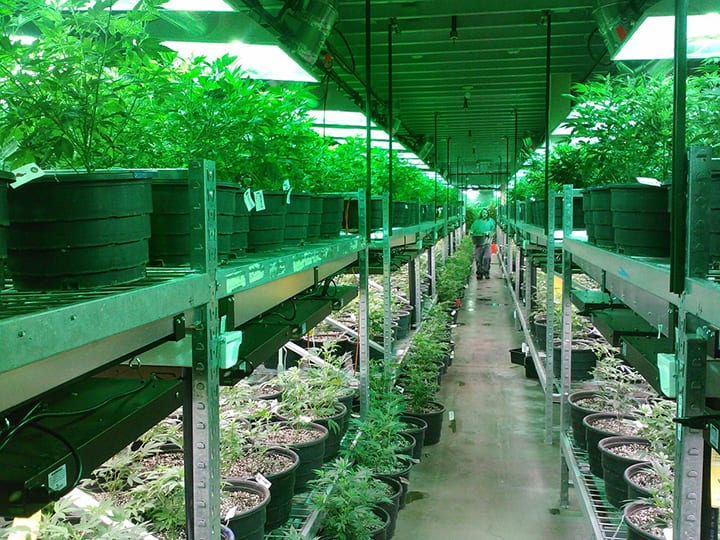 You could say that Linton was born for his line of work. According to a Toronto Life interview, the Canopy Growth CEO and co-founder did a grade 8 school project on marijuana. While that may have been frowned upon then, his parents are “almost embarrassingly excited” about their son’s choice of employment. Since there are so many legal restrictions on cannabis in the U.S., that puts Canada in an advantageous position. Canopy Growth is arguably one of the leading companies for marijuana in the country and despite two disappointing quarters, investors are lining up to do business with them.

In 2016, this Miami native left home and moved to Toronto when his first cannabis company in Colorado faced too many obstacles. Since there were too many federal restrictions on weed, Wendschuh packed his bags and moved to Toronto, the cannabis capital of the north. He’s now CEO of Province Brands, the maker of the world’s first alcohol-free cannabis beer.