Yahaya Baruwa is a Nigerian-born, Toronto-based author and entrepreneur. Having decided on his path at just 21, Baruwa launched his own publishing company, Tapestry House Publishing, to release his own work. In 2010, his first novel, Struggles of a Dreamer, was released to critical acclaim, and in 2015 he released the second part of his ambitious trilogy, Tunde. He previously spoke with The Edge about his beginnings, his inspiration, and his entrepreneurial experience. This is a portion of that interview.

How did growing up in a family of eight in Nigeria influence you as a person and as a writer?

You know the expression, “It takes a village to raise a child”? Well, this was very true of my upbringing. I did grow up in a family of eight, but we had uncles and cousins stay with us all the time, so it was more like a family of 15. My family upbringing broadened my perspectives on life, allowing me to view the world through various lenses and not just my own. I quickly learned that there are always many wiser, more incisive, and smarter viewpoints besides my own. So my storytelling pulls from the life experiences of everyone I have met. My stories reflect all those different perspectives.

Nigeria is becoming known around the world for its booming startup scene. Why do you think this entrepreneurial spirit is thriving there?

Nigeria, with the largest economy in Africa, has always been a bustling, energetic country with contributions from the immigrants coming from other countries in Africa as well as the Arab world to the North. Therefore, business ventures grow quickly, whether it is in software development, fashion, entertainment, music, or movie streaming websites like iROKOtv.com. Life is hard in Nigeria, as is entrepreneurship. The financial infrastructure is not developed, so the average businessperson learns to fight hard for success.

When did you know you wanted to be an entrepreneur, and who have been your biggest supporters along the way?

When my family migrated to Canada in 2001, I was only 12 years old. I ended up attending York University. My experiences there combined with my family’s influence convinced me to become an entrepreneur by my second year of university. You are a product of your upbringing and our parents thankfully were a great influence on us, teaching us to work hard for whatever we wanted in life. Inspired by their example, my siblings and I have all become businessmen. One brother owns an event rental company, AllCargos, and another brother buys and sells tech equipment. We all support each other. 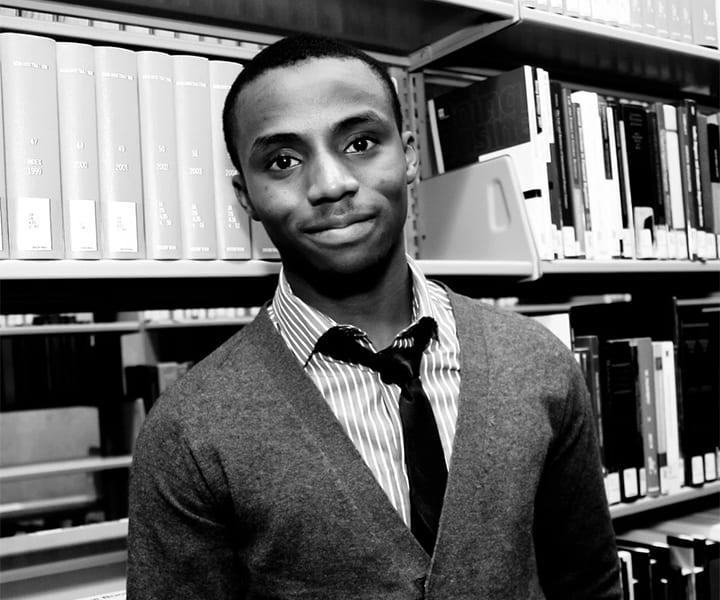 Is there any particular message that you want readers in Nigeria to take away from Struggles of a Dreamer?

Struggles of a Dreamer captures the immigrant story of a Nigerian who leaves his country for the West in pursuit of a better life but encounters the reality of the modern world. Nigerian people can have a fanciful notion of what life is like outside of Nigeria. I want to convey that the migrant dream is really possible, and opportunity does exist abroad, but only if you work hard for it as you would anywhere else in the world. You don’t just show up and expect everything to be presented to you.

Which authors have been an inspiration to you?

One of the most inspiring authors for me is actually Dr. Seuss. I received Oh, The Places You’ll Go! for my 23rd birthday from a friend of mine. Paulo Coelho is another author who I derive inspiration from. He wrote The Alchemist. I have read it more than 50 times and modelled my book’s structure after it because its simple style was an example to follow.

Who were some of the people instrumental in getting your writings published?

In addition to my family, I’m thankful for all the people who contributed to my crowdfunding efforts. I didn’t go with a traditional publisher; I started my own publishing company, Tapestry House Publishing, as an entrepreneur because I wanted to maintain the rights for my books. I needed to raise money and didn’t want to go to the bank to get a loan, so I started a crowdfunding campaign instead.

You have been as involved in the sales and marketing process of your books as you have in the writing. Why did you decide to take on so much of the promotional work yourself?

As an author and entrepreneur, if I can develop a very effective sales system then I no longer have to depend on publishers and their system to make it work. I didn’t want to be boxed into sticking to their rules and regulations, or their way of doing things. Self-publishing allows me to make sure my voice and opinions are heard, instead of a publishing company telling me what to do. So, I am involved throughout the process; I can maintain my independence and develop my own publishing company.

Marketing 101: Getting Back to Nature
Kathy Ireland: Rising to the Occasion
Narayanan Krishnan: The Joy of Giving
Kelly Holmes: A Champion’s Strength