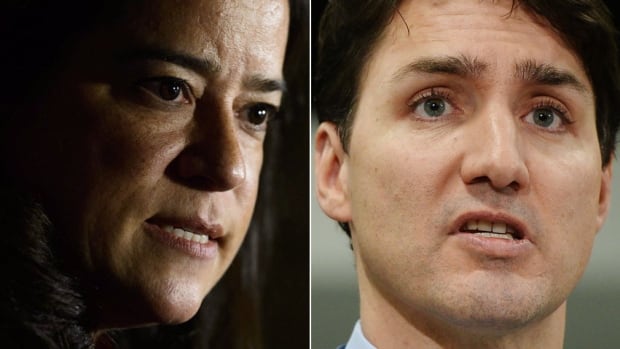 Jody Wilson-Raybould spent more than two hours waiting outside the cabinet room on Tuesday while her former colleagues hotly debated her request to address them about the SNC-Lavalin affair.

Multiple sources tell CBC News that some cabinet ministers were concerned about the optics of her unprecedented request to attend a meeting of the inner circle just a week after she’d quit cabinet.

Wilson-Raybould has been at the centre of a burgeoning scandal over allegations that she felt pressured last fall by unnamed people inside the Prime Minister’s Office to intervene in the criminal prosecution of SNC-Lavalin.

The allegations, first reported by the Globe and Mail two weeks ago, have rocked the government of Prime Minister Justin Trudeau and led Monday to the resignation of the prime minister’s long-time friend and senior adviser, Gerald Butts — who continued to deny the claim that he or anyone else in his office pressured Wilson-Raybould over SNC-Lavalin.

One of Trudeau’s cabinet ministers Ralph Goodale discusses his former colleague’s surprise appearance today. Plus: Eric Grenier on the controversy’s impact on the polls, and a pro-pipeline convoy arrives in Ottawa. 1:42:51

“But the fact is that this accusation exists,” Butts wrote in his resignation letter. “My reputation is my responsibility and that is for me to defend.”

The sources tell CBC that Wilson-Raybould contacted the prime minister the next morning, just before the cabinet meeting, asking to attend.

The prime minister took her request to cabinet, sparking a vigorous debate.

The sources say Labour Minister Patty Hajdu was among those arguing for giving Wilson-Raybould permission to speak to cabinet. The prime minister finally agreed.

What Wilson-Raybould told them during the hour or so she attended cabinet isn’t clear — but sources say she was unapologetic.

It’s the latest twist in a two-week long drama that’s put Trudeau and his government on the defensive. He’s been subjected to an almost daily barrage of questions about what he knew and when, why Wilson-Raybould had resigned and whether he had pressured her personally in any way.

Trudeau’s answers so far have done nothing to quell the controversy. He first declared the allegation was false but conceded a day later that there had been discussions in the fall with Wilson-Raybould about SNC-Lavalin’s efforts to obtain a deferred prosecution agreement (DPA) — which would allow the Montreal firm to pay a fine but avoid a criminal trial.

A week into the affair, the prime minister revealed that he had met with Wilson-Raybould on Sept 17 — almost two weeks after federal prosecutors told SNC-Lavalin it would not be invited to negotiate a DPA — and that she asked him if he was going to direct her to make a specific decision in the case.

“There were many discussions going on, which is why Jody Wilson-Raybould asked me if I was directing her or going to direct her to take a particular decision,” Trudeau said last Friday. “And I of course said no, that it was her decision to make and I expected her to make it.”

Wilson-Raybould has declined repeatedly to speak publicly about the case, arguing she is still bound by solicitor-client privilege due to her former role as attorney general. She’s hired former supreme court justice Thomas Cromwell to advise her on what she can say.

Trudeau also has asked David Lametti, Wilson-Raybould’s successor as attorney general, for an opinion on whether he can waive the privilege without jeopardizing the ongoing court case.

Wilson-Raybould insists she remains a Liberal MP and on Wednesday attended the first weekly caucus meeting since the story broke.

She also has said she will appear as a witness before the Commons justice committee, which is looking into the allegations, but cautioned she will continue to cite solicitor-client privilege in answering questions.