Both houses of the U.S. Congress passed a government funding bill Thursday that would avert another partial shutdown.

The bill, however, does not contain the $5.7 billion U.S. President Donald Trump wanted for a border wall. It now needs the president’s signature ahead of a deadline of Friday at midnight to become law.

The White House said earlier in the day that Trump will sign the bill, but that he will also declare a national emergency to get the wall built.

“The President is once again delivering on his promise to build the wall, protect the border, and secure our great country,” said Press Secretary Sarah Sanders.

An emergency declaration to shift funding from other federal priorities to the border is expected to face swift legal challenge. 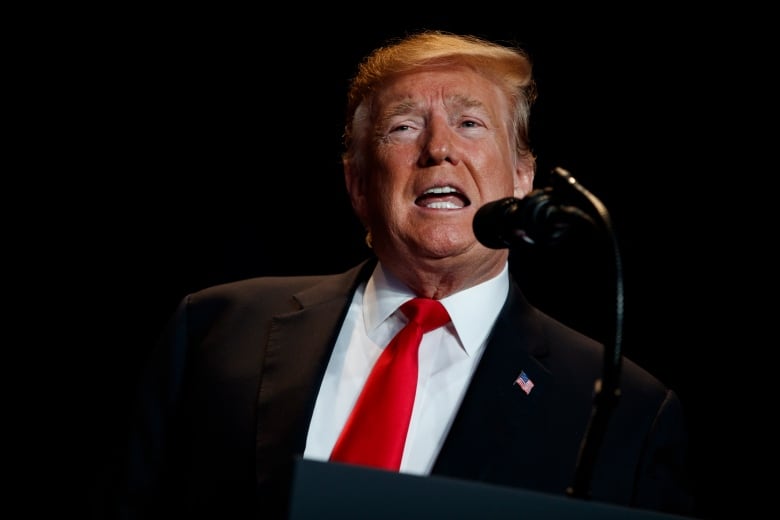 The White House says Trump will sign the bill, but will also declare a national emergency to get the funding her wants to build the wall. (Evan Vucci/Associated Press)

The bipartisan legislation provides more than $300 billion US to fund the Department of Homeland Security and a range of other federal agencies through Sept. 30, the end of the current fiscal year. Funding is due to expire for those agencies on Friday.

While it does not contain the money Trump demanded for the wall, it does contain $1.37 billion US in new money to help build 88.5 km of new physical barriers on the border. It is the same level of funding Congress appropriated for border security measures last year, including barriers but not concrete walls.

Trump will almost certainly face legal challenges if he does declare a national emergency to get additional funding for a U.S.-Mexico border wall, circumventing the power of Congress to set spending policy.

Legal scholars said it is unclear how such a step would play out, but they agree a court test would likely focus on whether an emergency actually exists on the southern border and on the limits of presidential power over taxpayer funds.

“We will review our options,” she said, adding that Democrats would response “appropriately.”

Legal challenge could bump up against 2020 election

A long legal fight could stretch into Trump’s 2020 re-election bid, and embolden critics who already accuse him of authoritarian tendencies and unpredictable swerves in policy-making.

Some Democratic state attorneys general are already saying they may go to court to block any declaration of a national emergency on the southern border.

Attorney General Xavier Becerra of California wrote Thursday on Twitter that any border crisis is of the president’s own making and “we will do what we must to hold him accountable.”

The Democratic Party’s field of presidential hopefuls was split on support for the bill.

It won support from Sen. Amy Klobuchar of Minnesota, who launched her presidential campaign Sunday, and from Vermont Independent Sen. Bernie Sanders, who is expected to join the Democratic primary soon. Ohio Sen. Sherrod Brown, another Democrat weighing a presidential run, also voted in favor.

Sanders said he has “concerns” about the bill but “I cannot turn my back on” federal workers who would have to work unpaid in a government shutdown.