An independent investigation into how the Royal Canadian Mounted Police handled the death of Colten Boushie — the young Saskatchewan man whose 2016 shooting death plunged the country into a bitter debate on race — has been delayed.

The delay was flagged in an undated memo to the head of the Civilian Review and Complaints Commission (CRCC) for the RCMP, which CBC News obtained a redacted copy of through access-to-information laws.

The memo referred to the “RCMP’s delays in responding to and delivering relevant materials” to the independent watchdog reviewing the circumstances surrounding the investigation into Boushie’s death.

For the family, it’s another sign their concerns aren’t being heard by those in power.

The CRCC is tasked with investigating the public’s complaints against the force. The agency’s chair also has the power to initiate public-interest investigations — which then-acting-chair Guy Bujold did in the angry aftermath of Gerald Stanley’s acquittal.

The farmer was charged with second-degree murder after Boushie, 22, was shot during an altercation between Stanley’s family and a group of young people from the Red Pheasant Cree Nation reserve who had driven onto his rural property on Aug. 9, 2016.

Stanley and his defence team argued the gun he was holding accidentally went off, killing Boushie. Just over a year ago, a jury found Stanley not guilty of second-degree murder.

Boushie’s family had made a complaint about the RCMP’s conduct back in 2016, but an internal ​investigation exonerated the officers involved.

The family followed up with a formal complaint to the CRCC, arguing they were mistreated when officers came to inform them of the shooting. They allege that the seven officers who came to their home the night Boushie died treated the family as if they were under suspicion, searched the home without permission, and that at one point an officer asked Boushie’s mother if she had been drinking. ​ 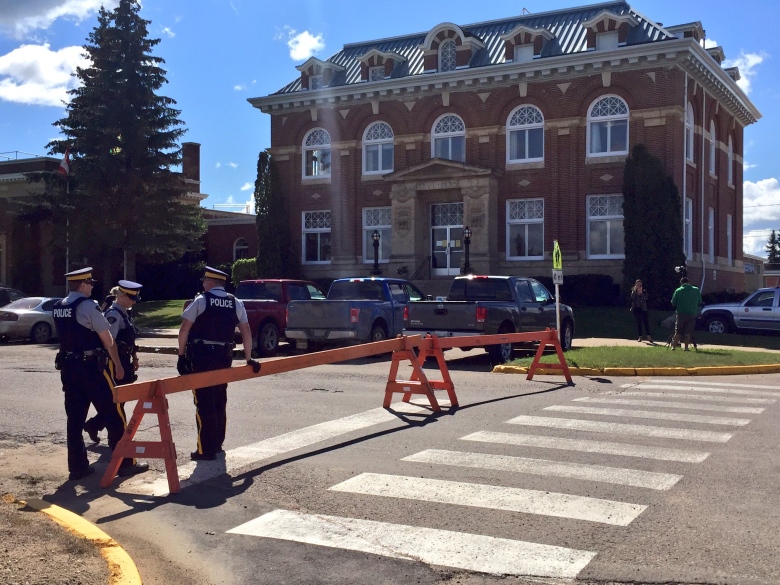 RCMP officers outside the Court of Queen’s Bench in Battleford, Sask. The CRCC is reviewing how the Battleford RCMP detachment dealt with the Boushie investigation. (CBC)

As part of its investigation, the CRCC is reviewing how the Battleford RCMP detachment dealt with the Boushie investigation, including the notification of family, the search of his mother Debbie Baptiste’s home, the media releases sent out regarding the case and if the RCMP members involved followed proper police procedures.

It’s also looking at whether the conduct of the officers involved amounted to racial discrimination.

“In the course of our review and our ongoing monitoring of events related to this tragic incident, it has become apparent that additional matters related to the conduct of RCMP members involved need to be examined,” Bujold said at the time.

So far that investigation has been slow-moving.

The access-to-information document says the RCMP sent the CRCC a tranche of documents soon after the review was launched, but a request for more relevant information languished.

“The commission’s investigation has been delayed as a result of the accruing 108-day delay in the delivery of the requested additional relevant materials,” notes the heavily redacted memo.

An RCMP spokesperson said during CRCC investigations the force often has to gather relevant information from “a variety of sources,” including external partners, and then review it before it’s released.

Michelle Schmidt said that in this case the watchdog agency has asked for additional information multiple times.

“In this matter, the gathering process was very lengthy,” she said in an email.

“The RCMP supports this independent, civilian review process and is committed to cooperating fully with the investigation.  Maintaining public trust and confidence is critical to providing an effective police service.”

The RCMP said there is still one outstanding request and the CRCC is aware of its status.

“In light of the CRCC investigation being initiated, it would be inappropriate for the RCMP to comment further in order to preserve the integrity of the investigation,” said Schmidt.

“We look forward to the process addressing any uncertainty or outstanding questions regarding our role in this matter.”

Disappointment for the family

For Boushie’s mother and uncle, Debbie and Alvin Baptiste, it’s another frustrating step in the process.

“I refuse to let go of this anger. I’m going to hold on to it until I start seeing some changes…. I’m not going to heal until we get fair justice, that we’re treated like human beings,” said Debbie.

Boushie’s uncle Alvin, who lodged the first complaint against the RCMP, said he wasn’t surprised by the news of a delay.

“I don’t really have so much confidence at all. We’ve been turned down numerous times already,” he said, calling the delay a slap in the face. 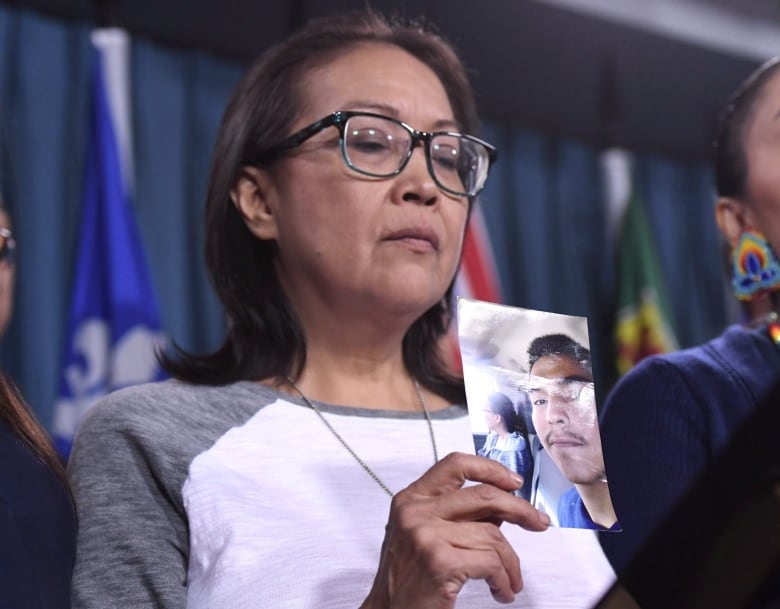 The CRCC had set a one-year deadline to finish its investigation.

Anna Van Dusen, a spokesperson for the organization, said the investigation is ongoing.

“At this time we are satisfied with the RCMP’s responsiveness with respect to providing relevant material related to this file,” she said in an email late last week.

Van Dusen said it would be premature to give an updated timeline on when the CRCC will wrap its investigation, but added the file is a priority for the new chair, Michelaine Lahaie.

While the Boushie case is one of the CRCC’s highest profile investigations, it’s just one of hundreds of cases that come across the watchdog’s desk every year.

Last fiscal year the public lodged 2,644 complaints against the RCMP, an increase of 15 per cent over the previous year.