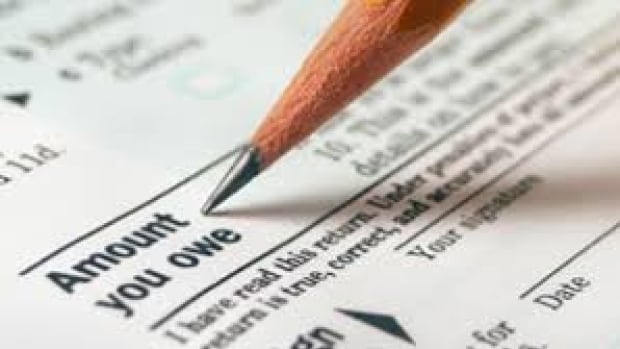 A federal government public servant recently succeeded in getting the Canada Revenue Agency to back down after taking the agency to court to force it to acknowledge that its tax assessment — based on inaccurate T4 slips — was wrong.

The T4 slips were wrong thanks to Phoenix, the federal government’s problem-plagued payroll system, launched three years ago.

According to Marilyn West’s 2016 T4 slip, she saw no income tax deducted that year. It also under-reported her Employment Insurance and CPP deductions.

“The fundamental issue is the CRA is relying on a T4 rather than the reality of what the person was paid, or what was deducted,” said Gerry Campbell, a tax specialist with Liberty Tax Service East Toronto. Campbell represented West and is speaking for her now as she battles a serious illness.

Campbell submitted West’s government-issued pay stubs and other documents to show what she was actually paid and what deductions were made.

‘They still got it wrong’

The government issued an amended T4. It also was incorrect.

West filed official objections with the CRA, but Campbell said the agency replied that it would stick with the information on the latest T4.

“And then I decided I would file to tax court, because this is ridiculous,” said Campbell. “I kept reassuring (West) that this is a fixable issue. It just had to get out of the CRA’s hands and into the Justice Department’s hands.”

Still, the Department of Justice’s initial response to West’s tax court appeal was to conclude that basing her tax assessment on the information in the T4 was appropriate. It also argued that the tax court does not have jurisdiction over source deductions for tax assessments.

But as the court date approached, something changed. Two weeks ago, the Department of Justice called Campbell to accept the numbers on the pay stubs he and West had provided.

“If we hadn’t gone to court, they would have continued to send her collection letters. Through this whole process, every three or four months, she gets a letter saying she owes money,” said Campbell.

“What this shows is that the fastest way for them to get these issues resolved, rather than wait 10 years, is to fight the thing in tax court.”

And there are thousands of public servants in predicaments similar to the one in which West found herself.

The president of the Professional Institute of the Public Service of Canada (PIPSC), one of the federal public service unions, said the problem is widespread.

“If your pay has not been calculated during the year, you can count on receiving an incorrect T4,” said Debi Daviau.

“So it’s quite prevalent. I would say three quarters of the public service can count on some form of issue with their T4s and having to file taxes with erroneous information.”

Daviau said the CRA’s resistance to accepting pay stubs and other documentation is frustrating for workers.

“They’re basically being asked to lie on their tax forms … they know the information is inaccurate and they are forced to submit it anyway,” said Daviau.

The impacts of those errors — the incorrect tax bills and botched benefits — compound with every year that the errors remain in place.

A Facebook page for public servants with Phoenix problems offers many stories about erroneous T4s and the extreme difficulty involved in correcting them.

“According to my T4, I made $20 bucks working for some government department that I don’t work for. And that’s all I made,” says one posting.

“2016 was never corrected. I gave up … maybe my kids will receive the corrected T4 one day,” says another.

Ottawa-based public servant Kathy Dickenson said she has seen five T4s issued for 2017 — all of them wrong.

She said she thought she had found a workaround when she filed her taxes on paper, rather than online, using the information on her pay stubs rather than the T4s. But she said the CRA told her it needs proof that the deductions made — such as those for her pension — were actually deposited into a certified pension account. She needs her employer — the government — to issue that proof, but she said she’s seen no sign she’ll get what she needs any time soon.

“The request has gone into a black hole,” Dickenson said in an interview with CBC News, adding that her 2018 T4 is also wrong — over-reporting her income by 150 per cent.

“I’m resigned to the fact my taxes will be a nightmare for at least the next five years,” she said.

The CRA did not respond to questions from the CBC for this story.