Court documents filed by special counsel Robert Mueller’s office reveal that Manafort faces possibly the lengthiest prison term in the Russia investigation. The 69-year-old Manafort is also at serious risk of spending the rest of his life in prison if a federal judge imposes a sentence within federal guidelines.

The potential sentence stems from Manafort’s conviction last year on eight felony counts related to an elaborate scheme to conceal from tax authorities the millions of dollars he earned overseas from Ukrainian political consulting. It is one of two criminal cases pending against Manafort in which he faces prison time.

Manafort, who led Trump’s campaign for months during the 2016 presidential campaign, is not charged with any crimes directly related to Russian election interference, the thrust of Mueller’s probe. But prosecutors have recently revealed that they remain deeply interested in his contacts during and after the campaign with an associate the FBI says has ties to Russian intelligence.

In a 27-page court filing Friday, prosecutors did not recommend a precise sentence for Manafort, but they agreed with a calculation by federal probation officials that his crimes deserve a punishment of between 19.5 and 24.5 years. They also lay out in great detail for U.S. District Judge T.S. Ellis III how they say Manafort’s greed drove him to disregard American law.

“In the end, Manafort acted for more than a decade as if he were above the law, and deprived the federal government and various financial institutions of millions of dollars,” the prosecutors wrote. “The sentence here should reflect the seriousness of these crimes, and serve to both deter Manafort and others from engaging in such conduct.” 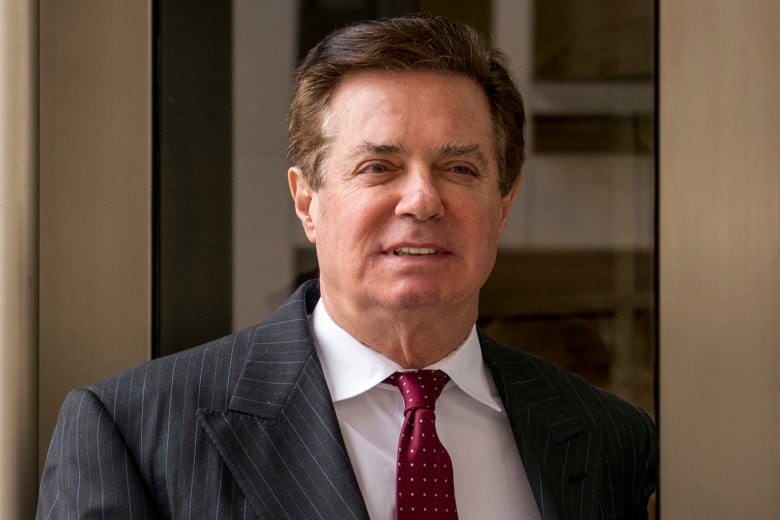 In a 27-page court filing Friday, prosecutors did not recommend a precise sentence for Manafort, but they agreed with a calculation by federal probation officials that his crimes deserve a punishment of between 19.5 and 24.5 years. (Andrew Harnik/Associated Press)

Manafort has been jailed for months as he awaits his formal sentencing. His lawyers have said the incarceration has created a mental and physical strain on Manafort, who has recently used a wheelchair in court appearances and will turn 70 in April.

But Mueller’s team made clear that Manafort’s age should not be a consideration, nor does it eliminate the risk that he could still commit new crimes.

“Nothing about the defendant’s age is unusual,” they wrote. “Tax offenders are often older and often, like the defendant, wealthy, but they nonetheless receive substantial terms of incarceration notwithstanding age and health issues.”

Prosecutors often acknowledge mitigating factors that a judge may consider on a defendant’s behalf in favor of a more lenient sentence. But none exist here, prosecutors said.

They note that “his pattern of criminal activity” lasted more than a decade, that he conspired to tamper with witnesses despite facing indictments in two different districts and that he repeatedly lied to the government and to a grand jury even after he agreed to cooperate and plead guilty.

They also argued that Manafort deserved a sentencing enhancement reserved for defendants who lead or organize others in criminal activity.

Listen: An essential timeline of the Mueller investigation

The talk around Washington these days, is that the Mueller investigation is winding down. Special Counsel Robert Mueller’s inquiry into whether there was collusion between Donald Trump’s presidential campaign and Russia to interfere in the 2016 U.S. election has dominated the headlines since 2017. Nobody knows for sure when it will wrap. But we do know that this story has taken a long and winding road. Today on Front Burner, CBC Washington correspondent Keith Boag breaks down the most essential elements of the saga. 24:27

“Manafort controlled the money at issue, he recruited others to facilitate these crimes, and he claimed a larger share of the proceeds,” they said. “Further, Manafort was plainly the leader. He involved numerous individuals who were both knowing and unknowing participants in the criminal scheme.”

The filing by prosecutors came just days after a judge in Manafort’s other criminal case ruled that he breached his plea agreement by lying to investigators and a federal grand jury about several topics, including his discussions of a Russia-Ukraine peace plan with the associate the FBI says has ties to Russian intelligence.

That plea-agreement dispute has revealed that Mueller’s team considers Manafort’s contacts with the associate, Konstantin Kilimnik, to go to the “heart ” of the ongoing investigation into any links between Russian election interference and Trump associates.

Manafort faces up to five years in prison in that separate case in Washington, where he admitted to illegally lobbying on behalf of Ukrainian political interests.