Timbaland is without equal in his influence, groundbreaking sound inventions, and partnerships with scores of upper-tier modern musicians. Over the past two decades, the 47-year-old American music producer, rapper, songwriter, and DJ has left his signature sound on at least a 100 hit recordings, collaborating with artists across the musical spectrum, including genres like R&B, pop, hip-hop, and electronic music. 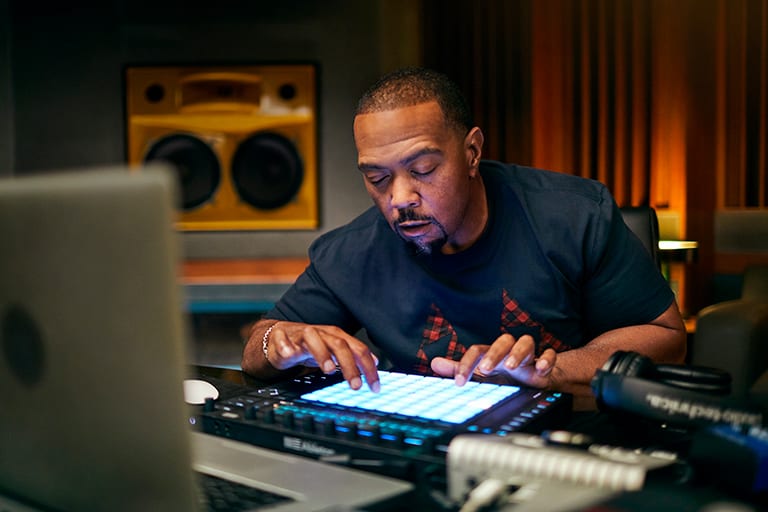 In addition to the recording industry, his diverse skills have been utilized for apparel, and in the tech industry. For 2008’s Fashion Against AIDS collection, Timbaland designed a T-shirt print that sold in H&M stores in 28 countries, to help raise HIV/AIDS awareness among urban youth. In 2009, he worked with Rockstar Games to produce Beaterator, a music mixing game for PlayStation 3 and iOS. In addition, Timbaland and Andy Rubinhas partnered with startup SubPac in 2016 to launch a wearable device that was described as a “new immersive physical-sound technology.”

Timbaland spoke at the recent Collision conference in Toronto, and The Edge caught up with him to find out more about the business end of his various projects.

This year you launched an online masterclass, an instructional series on production and beatmaking. Can you speak to how this has inspired others?
A lot of producers and people that I work with, they tell me that what I’ve explained to them has really moved their career forward. I’m not selfish. I give all my tools. I tell my producers, ‘You can go through my computer, and take all my sounds,’ because I try to better them. They look at me like it’s unreal that I do that.

I try to tell people, ‘God made you, and you only. So, I can give you everything that I have, but it’s not going to sound like me. Because God made just me. So, for you, it’s going to help you go further, and have an identity for yourself.’

So, when I explain that to all my students that work under me, they are just in awe. They call me ‘Timbo the King’ but I’m like Jon Snow. I don’t want it – like Game of Thrones. I just give the information because I tell them, ‘You are the next one. You are greater than I ever was. I just broke the wall for you to come in and be who you are.’ 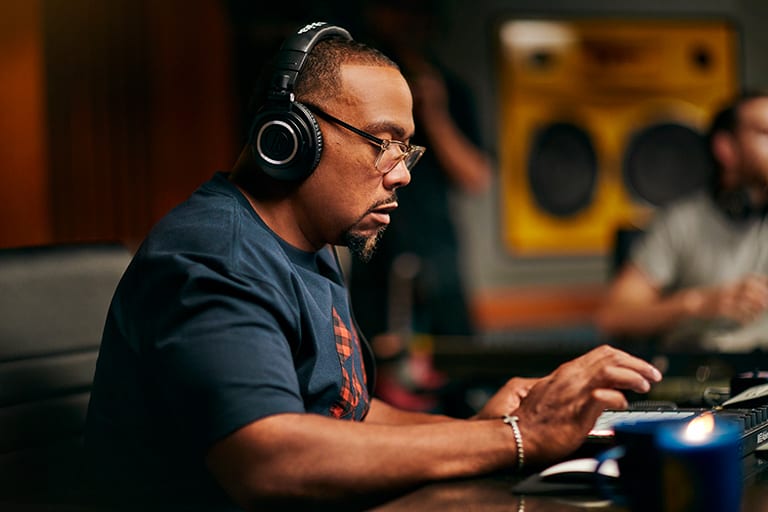 Is there anything you advise to help more women get into the industry?
Before it used to be stereotyped – but now you have WondaGurl. I think it’s all about your work ethic. I’m looking for the best female producers. You always see the male dominance, and I’m trying to bring the awareness of women understanding sound.

I told the men, whatever y’all are doing, you are vibing to your own beat. If they don’t vibe to it – trash. The women make the world move. They know what, sonically, what is great, and what moves them. As men in music, we follow the women. They won’t say that, but when they go to the club, they don’t start dancing first. They see their girlfriend, then they are going to react. 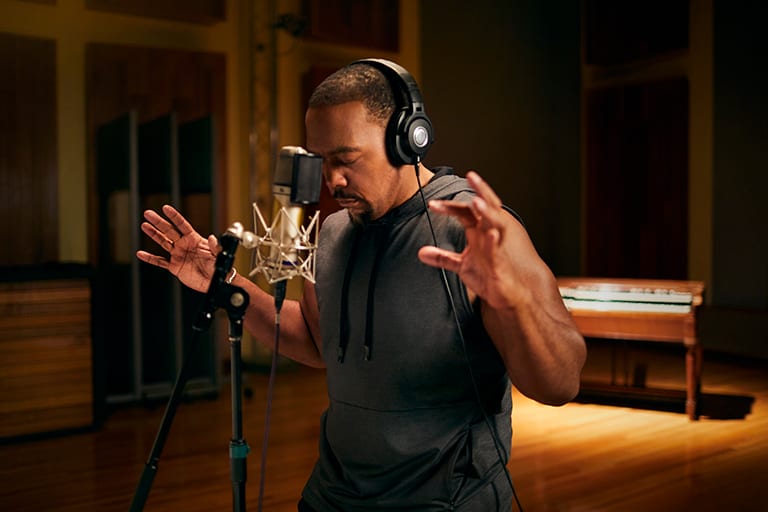 How has technology changed music lately?
It is easier, but like everything in life it has a pro and con. It’s good if you’re good. Technology is growing. Nothing beats the human touch if you are great. But you have to be aware that artificial intelligence is around the corner.

Technology doesn’t mean that you stop. It means you keep going, because your mind is still making new things. People have to be willing to change. Don’t be afraid to step outside of the box. I feel like with producers now I always hear, ‘Everybody sounds the same.’

No, if you step outside the box, everyone has the same program, and the same dial, but you can do something different. As humans, we get accustomed to one thing, and we just repeat that one thing. For me, I’m not afraid of technology; I embrace it, because this is what I always wanted when I was a kid. I always wanted more technology, so I could do things easier. Now that I have it, it’s a blessing.

What’s your secret to success?
It’s really just one thing: never give up. No matter what is in front of you, you always have to pick yourself up and try again. It’s just like that song I made with Aaliyah, “Dust yourself off and try again.” That song means more to the world now than it ever has.

For 2Social CEO, Lauren Shirreffs, the belief that there’s no such thing as a problem without a solution, is a daily practice.