It was a diplomatic mission unlike any other: an attempt by the government of Canada to win consular access to a Toronto-area pastor held in a prison in North Korea, a country with which it had no diplomatic ties.

Now, CBC News has confirmed that Ottawa used its December 2016 diplomatic mission to Pyongyang to press North Korea to abandon its quest for a nuclear arsenal — at a time when even official Washington believed there was no chance for real dialogue with the rogue nuclear state. 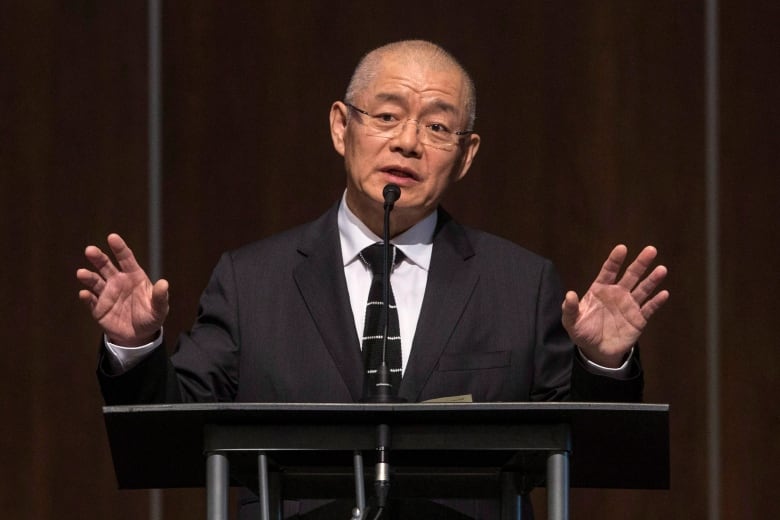 Before now, little was known outside diplomatic circles about the highly-secretive Canadian mission which laid the groundwork for Toronto-area pastor Hyeon Soo Lim’s release eight months later. At the time, the state-run Korean Central News Agency published a three-sentence story noting that a delegation from Ottawa was in the North Korean capital — but Ottawa itself has shared very little with the public about the trip.

But documents obtained by CBC News through a years-old Access to Information request reveal that talks conducted during the mission went far beyond the consular case that was on the public agenda — and offer a glimpse of Canada’s delicate diplomatic dance with the Hermit Kingdom and its dictator, Kim Jong-un, at a time of high tensions over its quest for a nuclear arsenal.

The four-person delegation was led by Sarah Taylor, director general for North Asia and Oceania at Global Affairs Canada, the federal official responsible for tracking political, trade and development matters in the Korean Peninsula. She was joined by Victoria Fuller, who managed consular cases for the department, and two diplomats from the Canadian embassy in Seoul: Patrick Hébert and Anna Song. 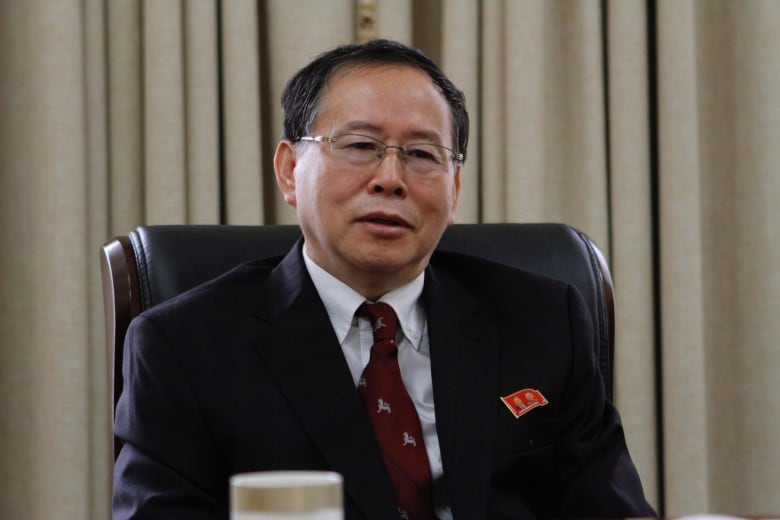 ​Over three days, the Canadians quietly held meetings with veteran diplomats in the Kim regime, including Han Song Ryol, then the country’s vice-minister of foreign affairs, and Choe Son Hui, a director general in the foreign ministry currently running negotiations with the administration of U.S. President Donald Trump over the North Korean nuclear program.

The primary focus of the trip was to win consular access to Pastor Lim — a point Canada “clearly indicated” repeatedly to the North Koreans (according to Global Affairs’ post-mission report) because of Ottawa’s 2010 policy decision to tightly limit the circumstances in which Canada could engage with the North Koreans.

A window of opportunity

But merely being allowed into Pyongyang opened a window for Canada that wasn’t open to the United States at the time, allowing Canadian diplomats to express — in person — “strong concerns” about the threat posed by North Korean nuclear and ballistic missile tests.

The diplomatic mission took place at a time of extraordinary tension between between Kim and the rest of the world. North Korea had been making strides in its nuclear weapons program and launched some 20 missiles in 2016 alone. The team arrived just two weeks after the UN Security Council voted unanimously to further tighten sanctions on Pyongyang in response to North Korea’s detonation of a nuclear device on Sept. 9, 2016.

The documents obtained by CBC News show that Taylor used the meetings to urge North Korea to return to the table for the so-called ‘six-party’ talks between China, Japan, North Korea, Russia, South Korea and the United States aimed at dismantling Pyongyang’s nuclear program.

At the time, there hadn’t been any official dialogue between the U.S. government under President Barack Obama and North Korea since Kim had assumed power following his father’s death five years earlier. President Donald Trump is in Vietnam this week for his second summit meeting with Kim; Trump has claimed that his “very special bond” with the dictator will lead to a breakthrough in nuclear talks. 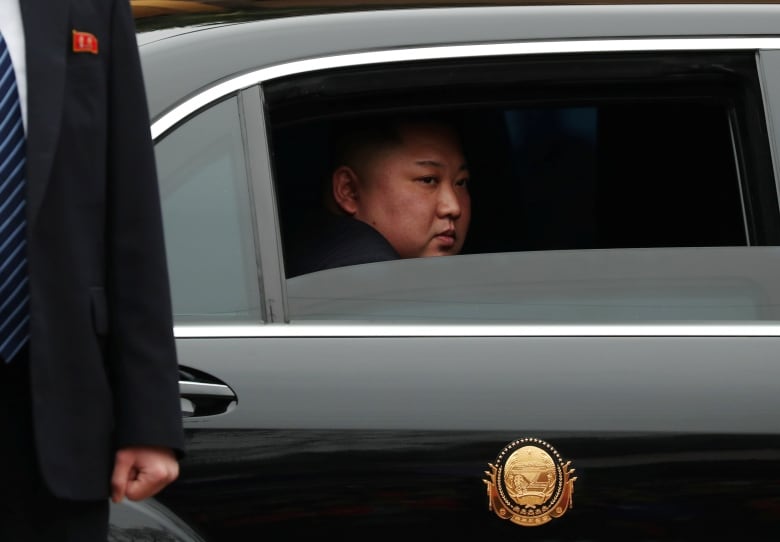 “At any opportunity we have, if we have interaction with the North Koreans, we raise our concerns both on the proliferation-disarmament side and on the human rights side,” Taylor told the Commons committee on national defence nine months after her visit.

“One of the messages we have been trying to put across is that it’s not just the Americans who don’t like what they’re doing and who are pushing for sanctions. It is the international community as a whole.”

CBC News reported in 2017 that concern over the nuclear threat also drove federal officials to review and revise a series of critical contingency plans, including one that would involve evacuating the federal cabinet to a bunker on a secure military base in the event of Ottawa becoming “unviable.”

The mission report — originally classified as “secret” — also shows Taylor spoke to the North Koreans about “Canada’s … decision not to establish a nuclear weapons programme after the Second World War, despite having the technical skills and the resources to do it.”

Offering Canada as a non-nuclear paragon

It’s a line Canada has echoed for four decades, ever since a 1978 speech to the United Nations by then-Prime Minister Pierre Trudeau describing Canada as the “first country in the world with the capability to produce nuclear weapons that chose not to do so.”

Canada recognizes North Korea but describes it as “an authoritarian state” with a “highly repressive regime.” Diplomatic ties between the countries were established in 2001 but were short-lived; no embassies were built before ties were severed in 2010. Canada is represented in North Korea by Sweden, as are the United States and Australia.

Canada had an advantage in engaging with Kim’s officials, having provided over $33 million in aid to North Korea (officially known as the Democratic People’s Republic of Korea) since 2005, putting it among the top five donors. (Canada doesn’t provide funding directly; instead, money is funneled through the World Food Programme, UNICEF and other major international organizations.)

The Canadian officials also spoke to the North Koreans about the success of the Canada-DPRK Knowledge Partnership Program, a one-of-a-kind academic exchange at the University of British Columbia that has been bringing groups of North Korean professors to Canada for six months at a time since 2011. They take courses in business, finance, economics and trade alongside UBC students, while improving their English and giving them a taste of Canadian culture.

“Despite the serious concerns of Canada regarding the DPRK’s nuclear weapons programme and human rights violations, and the ongoing challenges around our consular case, there was a number of positive stories in the bilateral relations,” noted the mission report.

It’s not clear what Pyongyang thought of the Canadians’ visit — details were fully redacted from the documents CBC News obtained — but the North Koreans did host an “informal dinner” for the diplomats on their second day in the capital.

“Certainly I would attest that they have told us they see us a friendly country, including in direct discussions I’ve had with North Korean counterparts,” Global Affairs Canada’s Taylor told parliamentarians after her visit.

“We’re obviously happy that we’re not seen by the North Koreans as an enemy or a threat.”

Canadian bureaucrats have quietly hosted high-level officials from North Korea for backroom talks in recent months — another low-profile effort to convince the state to respect human rights and abandon its quest for a nuclear arsenal.

Canadian officials were granted consular access to Pastor Lim during the December 2016 trip — his first consular visit in the two years since the Toronto-area Presbyterian minister was imprisoned while travelling to North Korea on a humanitarian mission. He was accused by the North Koreans of plotting to overthrow the regime and sentenced to a lifetime of hard labour. 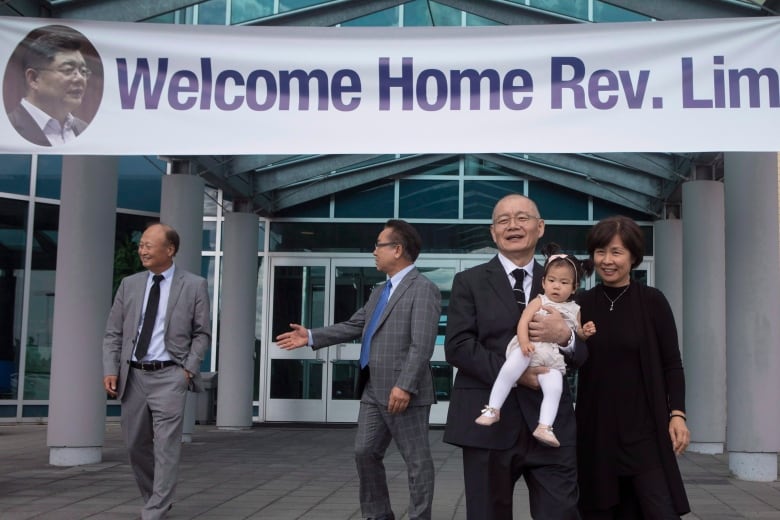 Rev. Hyeon Soo Lim leaves the Light Presbyterian Church with his wife Keum Young Lim and members of the church after a service in Mississauga, Ontario Sunday, August 13, 2017, following his release from a North Korean prison. (Chris Young/THE CANADIAN PRESS)

Taylor “expressed (Canada’s) appreciation” to North Korea’s Ministry of Foreign Affairs for releasing at least five letters, hand-written by Lim in Korean, to his family and his congregation at Light Presbyterian Church in Mississauga, Ont.

Eight months after the first mission, Lim was released on humanitarian grounds in August 2017 when a second, more high-profile Canadian team travelled to Pyongyang. They were led by Daniel Jean, then the national security and intelligence adviser to Prime Minister Justin Trudeau.

“Just returned this AM and witnessed emotional return with his family,” Jean wrote in an email two hours after touching down in Canada.

“Needless to say Sarah (Taylor) that you have laid great foundations for this to happen.”