Anti-BDS laws are more than words. They are a legal attempt to punish a passive act: Neil Macdonald

To read a different perspective on anti-BDS legislation, click here.

Back in January, the publisher of a tiny newspaper in Arkansas, standing on journalistic principle, defied the dead hand of government, the way a publisher is supposed to. Publisher Alan Leveritt’s scorching article, posted on the website of the American Civil Liberties Association, gladdened the journalistic heart.

Or at least it should have. But we don’t know whether it did; the institutions of American journalism, impoverished and increasingly frightened of their own audiences, are mostly maintaining a courageous silence. You’d think they’d be concerned.

Dozens of relatively recent state laws now require anyone who does business with government, including media organizations, to effectively make a pro-Israel pledge, and in some cases, sign one.

The signatory must promise not to in any way limit business activities with Israel or its settlements in the occupied territories, which even the United States considers illegal under international law.

Last year, Leveritt was told to sign the pledge or lose badly needed ad revenue from the Arkansas university system. He told the state of Arkansas to go jump in a lake.

“We really needed the business,” Leveritt wrote, but at what price?

“Since when do American citizens have to pledge to act in the interest of a foreign power in order to do business with their own government?”

“As an American, I say it is none of their damn business what political beliefs we hold. We’ll see them in court.”

On the phone this week, Leveritt said his newspaper is actually unconcerned with Israel and its occupation, and has taken no editorial view on it: “We are concerned about the 20,000 people in this state who have been kicked off Medicaid. We focus on local issues.”

He in fact regards the demand to sign the pledge as the state forcing his paper to take an editorial position against its will.

Other newspapers across the country must have been asked to sign similar pledges, he notes (“If they have signed, they should be ashamed of themselves”), but there has been precious little support of the Arkansas Times.

“I have not received a single call. Nothing.”

Leveritt’s only ally seems to be the American Civil Liberties Association, which regards the right to boycott as a “McCarthy-era loyalty oath,” and is helping him sue. The writers’ organization PEN has expressed support, too.

But that sort of free-speecher view is not widely shared in America, at least where the boycott involves Israel.

Since 2015, 26 other states have passed laws similar to the one in Arkansas. The United States Senate just passed a federal version. Basically, these laws are an attempt to punish entities or individual Americans who choose not to do something – in this case, choosing not to invest with, buy from or otherwise economically support Israel.

It’s all an attempt to combat a strategy chosen by Palestinian leaders and their supporters roughly 13 years ago. After decades of being told by Israel and the West to abandon armed struggle and choose a non-violent path to oppose Israel’s occupation and settlements, the Palestinians and their allies decided to do just that: they founded the so-called BDS movement, standing for boycott, divest and sanction, using economic levers to pressure Israel.

At first, Israel brushed off BDS as trivial, but as the movement began to gain traction worldwide (BDS is supported in whole or in part, by, among others, the United Church of Canada and the Quakers, and the corporate world has taken notice), the Israeli government and its supporters organized an aggressive counterattack, using everything from lawsuits and public shaming of individual BDS supporters to lobbying efforts aimed at persuading other countries to outlaw boycotts. BDS, they proclaimed, is not just anti-Semitic, it’s “economic terrorism.”

Nowhere has Israel found greater support than in the United States, which is unsurprising. America has the largest population of evangelical Christians in the world. Their support for Israel is as absolute as their opposition to abortion, and they understand how to exercise political power. The anti-boycott laws generally pass with healthy bipartisan support.

Elsewhere, nations are choosing sides, many of them coming down on Israel’s. Governments in France, Germany and the UK have all denounced BDS. Canadian Prime Minister Justin Trudeau has effectively called the movement anti-Semitic, accusing it of singling out and delegitimizing Israel. 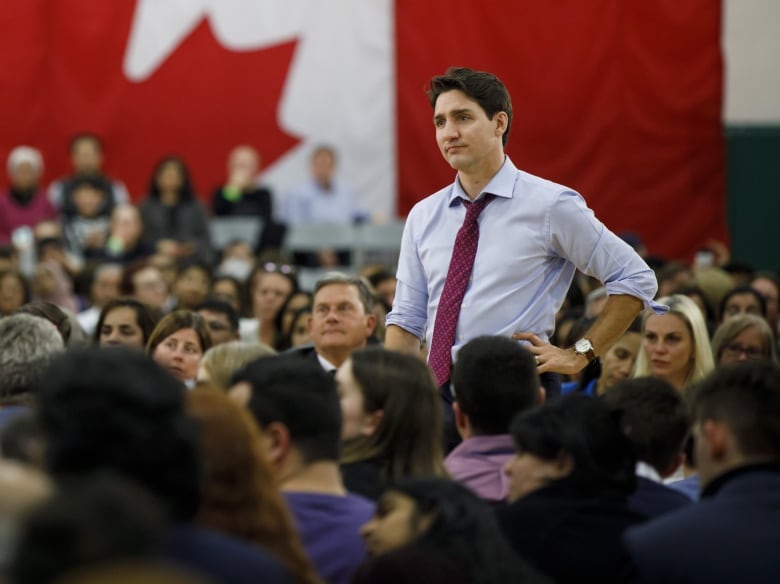 Ultimately, though, denunciations by politicians or governments or political parties are just words – a declaration of a political position to voters. BDS supporters in Canada probably couldn’t care less what Trudeau thinks of them, and in any case, politicians are hardly consistent on such matters. Politicians are constantly singling out, delegitimizing and sanctioning other nations for bad behaviour.

Washington, for example, was furious when Venezuelan troops blocked foreign food shipments and shot protesters, but regards Israel’s blockade of foreign food aid to Gaza and its troops shooting Gazan protesters — which Israel defends on security grounds — as completely justified.

The anti-BDS laws in the United States, though, are more than words. They are a legal attempt to punish a passive act, which is a form of speech. There are powerful politicians who would actually criminalize BDS.

Leveritt, the Arkansas Times publisher, puts it this way:  “As an American citizen, I say I can not buy whatever I don’t want to buy and it’s none of the state’s damn business.”

So, ultimately, it will be the courts in America, and perhaps elsewhere, to decide how far this can all go.

Already, federal courts in Kansas and Arizona have blocked anti-BDS laws in those states as illegal suppression of speech. A speech pathologist fired from a university in Texas for refusing to sign the pledge is also suing. In Britain, the country’s high court dismissed charges of discrimination levied against local councils that supported the boycott. A high court justice, compared BDS to boycotts of South Africa’s apartheid regime, ruling: “There is legitimate scope for criticism of Israel without that implying anti-Semitic attitudes” (precisely the opposite of what Israel and its supporters argue).

Other British judges have sided with pro-Israel groups. And in the U.S., comparisons have been drawn to the boycotts of discriminatory white-owned businesses during the civil rights era. The Arkansas Times made precisely that argument.

But when Alan Leveritt got his day in court, he lost.

Arkansas Federal Judge Brian Miller, in late January, ruled that a boycott is not protected speech, and that the state has the right to force businesses to sign the pledge.

Leveritt has filed an appeal: “I’m not signing anything.”

Well, good for Alan Leveritt. He has guts. But the Arkansas Times was just forced to go from weekly to monthly publication, and principles can be expensive.